I would encourage all students to start at a community college first. You can literally save thousands of dollars and still get the same degree and classes at a cheaper price. Many community colleges like GCC do not even charge admission fees. It is completely free to apply for admission. You just need to apply online. So, apply to as many colleges as you want.

Learn to drive in your home country

Many cheaper colleges in the US are located in rural areas with little to no public transportation. You can save a lot of money by choosing a rural location. The cost of living in large cities is extremely expensive. It is not possible for students to pay out of state tuition fees and still afford thousands of dollars per month for rent, food, and other basic necessities. According to American Infrastructure Report Card, the US infrastructure is crumbling and has a rating of D+. Driving schools in America are very expensive. Private one-hour driving lessons are also very expensive and are not available in all rural US counties. So, try to get some driving time before coming to the US. Ask your family members or relatives in your home country to teach you driving for free.

Try to learn about car maintenance and repair before you come to the US. Then, attend a defensive driving course and Driver’s Education course in the US to get your license. You will be very busy being a full-time student once you come to the US. So, try to learn basic life skills while waiting for your acceptance letter from US colleges or for your visa interview.

I lost thousands of dollars in wasted food. I had no idea how to preserve food. I had no experience in estimating the shelf life of certain food items. I cried when I had to throw away tons of fruits, frozen meat, and cartons of milk. I have been in the US for two and a half years now and I still did not find the time to read all the articles or watch all the videos that I always wanted to watch about food preservation. You can save a lot of money by learning to preserve food. Cooking skills are also important. Next time, hit the grocery store with your mom and learn about basic spices and ingredients if you are not a cooking pro.

Learn how to use coupons and rebate apps

I remember how overwhelmed I was when I first landed at JFK airport and very quickly I became busy with campus life. I had no time to read blogs about saving money in the US as a full-time student. I had no leisure reading time outside college textbooks. Hence, do yourself a favor. Read blogs and website articles about saving money in the US while you are waiting for a decision from US colleges or for your visa interview.

I will share more secrets and life hack in part-2 of the same article next week!

Lists are all the rage on the internet these days so I figured I would compile a list of things that all of us at GCC should know. I’m by no means the final say in this so feel free to make additions in the comments!

1. Winters in Western New York are For Real!

Snow day? Whats that? Nothing like make that running through a snow covered parking lot to get to classes. Not to mention those who commute 20 minute drive? Mother Nature says NO! How about it takes you 45 today. With a little planning and a lot of coffee, you can beat it.

Whether its age or gender, race or religion, or sexual orientation and culture we have it all here at GCC. More important we are proud of our diversity as a campus and embrace everyone’s differences. Feeling comfortable in your own skin is something that comes very natural on campus.

Okay! Okay! Maybe we aren’t all like Rachel, Monica, Joey, Chandler, Phoebe, and Ross. But you have to admit that there is a helping hand wherever you look on campus. People are so willing to take time out to get to know you – its amazing. 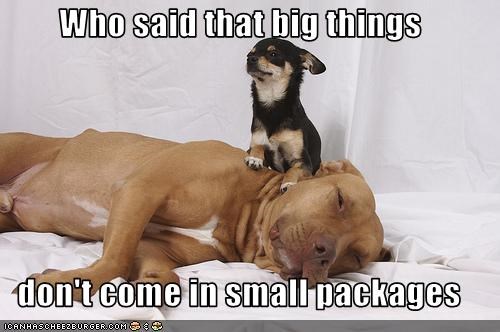 So we aren’t a huge University with 100,000 students. What we lack in size we make up for in character. The community that GCC is isn’t something you will always find on a larger campus. Embrace it.

5.) We have clubs and activities for days! (Join one)

Seriously over 50 clubs and organization on campus! What?! Join something you like or make your own! We are all about the activities! The list is here.

6.)The Library is the place to be!

Okay. So MAYBE it’s not like that night club back home but our library on campus is pretty jumping. Rather than what you expect from high school or the public library, on campus there is a bustle about. Groups working on projects and people asking Librarians for advice. It’s basically the place to be.

7.) The staff is always willing to help. 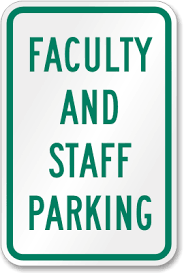 8.) The experience is yours! Make it count.

Go for it! Do what makes you happy and above all else chase your dreams!

Diversity According to South Park and Family Guy- Matt Glowacki

Matt Glowakci is one of the greatest guys I know.  He was born with no legs, but that doesn’t stop him from living his life and being happy.  He has the best personality and outlook on life, that you wouldn’t even be able to tell that he is missing his legs.  My favorite story of his, that demonstrates this is the one night that he went out to dinner with his wife.  They were eating dinner, and Matt had said something inappropriate and all of sudden he flys back from the table.  He asks his wife what that was for, and she responded ‘I’m sorry, I was trying to kick your legs, but I forgot you didn’t have any.’

Diversity is a learning process.  Take the time to get to know someone before you judge someone.

Matt talked about how he never works a day in his life because he does what he loves.  He loves speaking; he does 180 shows a year all over.  He loves music; he has a DJ business where he sends DJ’s out to where they are needed.  He also has a wheel chair business where he makes custom wheelchairs.  He makes all of his wheelchairs, and he has also made many wheelchairs for Special Olympic athletes.

He also showed many television statistics, for example half the amount of homes have two or 3 TVs, and other shocking ones.

South Park and Family Guy are designed to be offensive.  In the Family Guy theme song it even says what the show is going to teach to viewers.

With everything in the world that we see on magazines, billboards, commercials, etc. it’s hard for many people to understand what beautiful really is.  Just be yourself, and love who you are.  Lookism, is the term for judging someone base on their looks.  Companies use fear, uncertainty, doubt, to sell products.   Young girls are hating their body weight because of what they see on TV, with how the models, and celebrities look.  They also play with Barbie dolls, and Bratz dolls, whose body proportions wouldn’t even be realistic on an actual human being.  Many companies have produce fake advertising and consumers see that and they make it out to be real.  Many companies will take someone, put them in the companies clothes, makeup, have a photo shoot but then photoshop all the flaws that they don’t like and advertise that fake person.

Racism, is also still a part of people’s daily lives.  One thing Matt told us, was that we have been conditioned to treat disabled people better, for example, always opening the door for them.  Try not to be ignorant towards the issues of racism.  He also spoke to us about how a word is just a word until someone says it’s a bad word.  Intent + Context = Interpretation.

Talk to your friends about diversity.  If you see something say something, stand up for people’s rights.  If your friend says something you don’t agree with tell them “I’m sorry, but when you say things like that it is hard to be your friend.”  Don’t give control of your feelings to a person who has no role in your life.

Some final tips Matt left us with are:

If you are in the bathroom, and if you can use the smaller stall because 7% of the time someone will need the handicapp stall when you may be in it.

Walk around open and curious, you will have a better time in life, most of the time, if you do.

Why not do the work to be happy.

Telling a story about one of the colleges he visited.

Saxophonist Matt Corey has traveled the world with a high energy show that features music you wouldn’t expect to hear from a saxophone. It’s an amazing show with the saxophone playing the role of the singer. Covering everybody from Bruno Mars and Justin Timberlake to Jay Z and Michael Jackson. Pop, Hip Hop, Rock, and even Country! Matt was nominated “Best Music Act of 2012” by Campus Activities Magazine. London Theatre Guide singled out his performance as lead role in sequel to the Emmy and Tony winning Broadway spectacular Blast! as “Exquisite!”

He has been featured as a soloist at the Queens Theatre in London, Walt Disney World’s Epcot Center, Sixthman’s 311 Carribean Cruise and Rock Boat, and hundreds of colleges and military bases nationwide. Matt Corey was named Campus Activities “Male Solo Artist of the Year” in 2011, 2012, & 2013!

Matt Corey is amazing on the saxophone, but I guess he should be seeing as how he has been playing since 5th grade, and still in his twenties.  He can pretty much play anything.  He did Blurred Lines by Robin Thicke, a song by Michael Jackson, a song by Bruno Mars and more.  Matt is a great guy to have fun with.  You can follow Matt on Twitter, https://twitter.com/mattcoreymusic.

After he was done playing we had Open Mic Night where a local band performed, and they were great.  Matt even joined in on one of their songs.  Bobby Skrzypek, Jared Diehl, Willie Jakes, Greg Brennan, were the great guys who made up the local band.  Bobby is also part of a separate band, Bobby Skrzypek and The Pedestrians.

Matt Corey assisted a local band in a song they were performing.