Located at 301 North Street in Batavia, My Sister’s Closet is a boutique style second hand clothing and accessories for women and children. The primary mission of My Sister’s Closet is to provide quality and affordable clothing to women who are re-entering the job market. The shop is open to the public, and proceeds assist the YWCA Domestic Violence Program.

In the first quarter of 1996, the idea of a woman’s shop featuring pre-owned clothing became real. YW staff members, Sandy Funke and Linda Olson, were charged with developing a volunteer-based program from what had originally been planned as a grant-funded opportunity. A committee was formed and enthusiasm for the project grew. The name for the store was selected from a short list. It came from an out-of-state consignment shop that one of the committee members had visited.

The Daily News provided a photo and story to explain the YWCA’s need for clothing and volunteers. There were 18 interested and eager women at the first volunteer recruitment meeting. Decisions were quickly made regarding hours of operation, pricing, and other procedures. Clothing racks, hangers, a display counter, and other items were soon gathered. My Sister’s Closet opened for business in late March,1996, and recorded an astounding sales total of nearly $5,000 during their first year of operation.

Volunteers, donations, and customers just kept coming, and by 2007, the annual sales total reached over $30,000. In time, the original location in Room 10 became overcrowded, and in January, 2005, My Sister’s Closet re-opened in newly refurbished and larger quarters in Room 9. Even that space eventually became too crowded, and in 2007, another move to Rooms 3 and 4 finally provided the shop with adequate floor space for displaying clothing, plus two work areas, good natural lighting, and a better location in the YWCA building.

My Sister’s Closet and GCC:

GCC Professor Donna Ehrhart was involved in the initial planning committee that established My Sister’s Closet twenty years ago.She recently introduced Fashion Program student Daisha Spence to Linda Olson of My Sister’s Closet, to offer her assistance as a visual display intern. With Daisha’s impeccable sense of style, I’m sure she will do just fabulously in this endeavor. 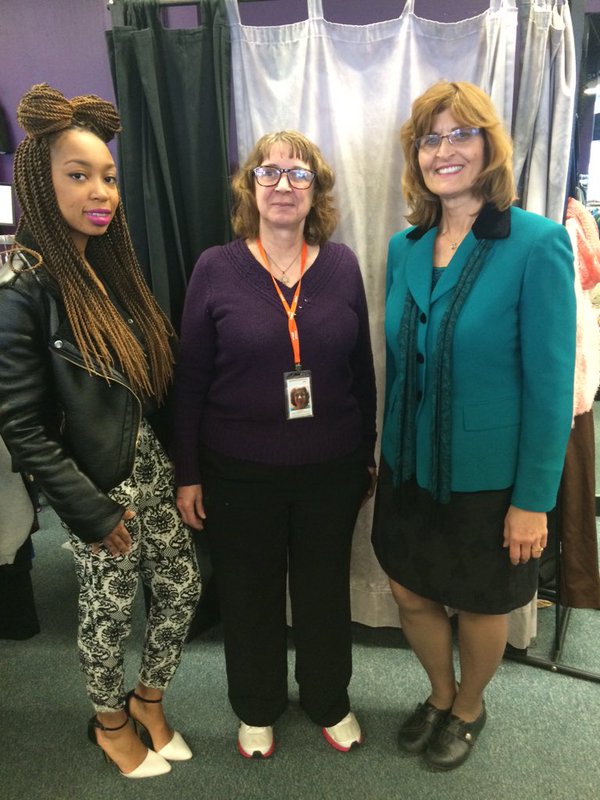 GCC has a long history of partnership with the YWCA. Dean of Students Jennifer Newell is very involved with the YW’s Stiletto & Sneaker Walk, a fundraiser and community event aimed at raising awareness about domestic violence. 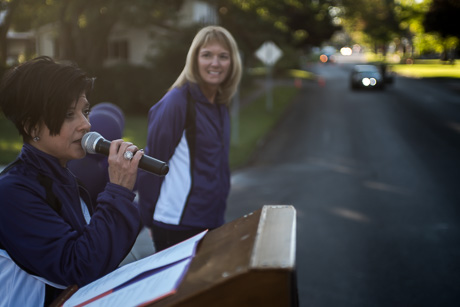 Another GCC faculty member was recently honored by the YWCA, Maryanne Arena . Arena is the director of Fine and Performing Arts at Genesee Community College. Her goal is to teach her students life lessons and serve as a mentor for those who love performing arts.In the past, the local YWCA chapter has honored award recipients at its annual Fabulous Females event. In 2015 they chose to hold a Women of Distinction event to fully align with the national YWCA goals and mission to empower women. 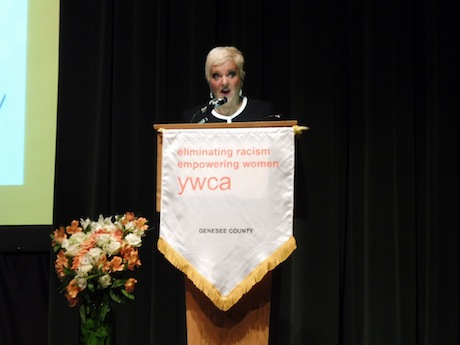