The COVID-19 Pandemic CHANGED things, but GCC's commitment to YOU remains STRONG. See alumni making a difference: https://www.youtube.com/watch?v=ttFt0NXHhkE #choosesunyGCC #SUNYTogether #gccstudentsuccess #alumniheroes #HealthcareHeroes #communitycollege #community #SUNY #ROC
Class of 2020 – Have you decorated your cap yet? Share a pic using #SUNYGCC20 The cap deemed MOST CREATIVE wins a PRIZE! Here's some inspiration...
GCC uses several online communication tools- Email, Blackboard and BANNER. This FREE workshop provides an overview of these major tools including how to find what you're looking for and which tool to use for what purpose. This workshop is FREE to ALL GCC students - new or returning! Join this interactive Zoom session on Tuesday May 26th at 12:30pm. To get the Zoom information, RSVP for the session using Tutor Trac (https://tutortrac.genesee.edu). Can't make it on 5/26? A recorded copy of the workshop, with all presentation materials, will be available online in Blackboard after May 28th. Email tutoring@genesee.edu with any questions.

My favorite quality of G.C.C. is it’s diversity. We have a wide range of student demographics represented at our college. Students from Batavia, NYC, France, Japan, East Timor, Chicago, Bangladesh, and so many different places all come here to study. Hearing other languages, tasting different foods, and finding new things to appreciate about another culture can become “The Norm” for any student here.

This past Friday evening, I went to the International Student Organization’s Conversation Buddies program. The room was filled with people, games, and buzzing conversations. 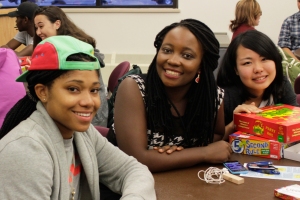 I smiled because I already knew a lot of people there from College Village. Minori, a Japanese girl who wants to be a videographer, was assigned to me as a conversation buddy. We sat at a table with a large group of people and played Monopoly. Sabrina from Bangladesh, Jessica from South Carolina, and Kevin from Curacao, and Arion from New York City, were just some of the people we played with. 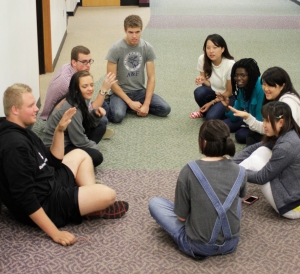 Some people were afraid  to get to know someone new. One of my friends told me how nervous she was about possibly having a guy as her conversation buddy. “I hope it’s another girl” she said. A few seconds later Mrs. Klaiber (a co-adviser of the ISO club) walked up to us and said to her “Your buddy is running a bit late but he will be here soon”. I felt bad for at first, but as the night went on I noticed that she and her buddy were talking and laughing together. They looked like they were getting along great and he was a nice guy. The event went amazingly well. 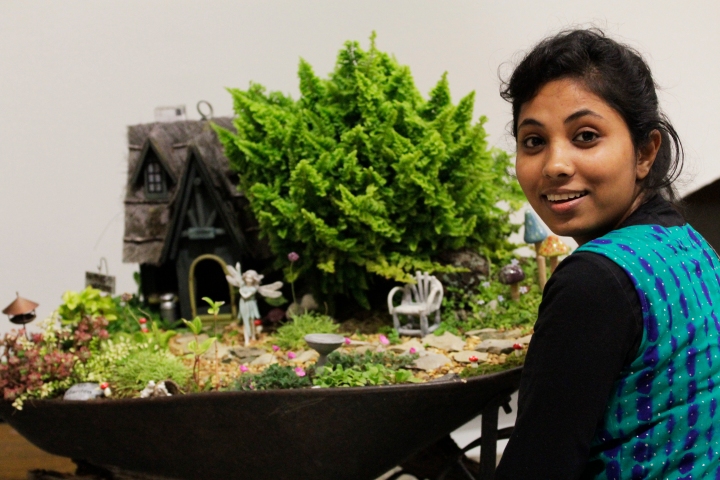 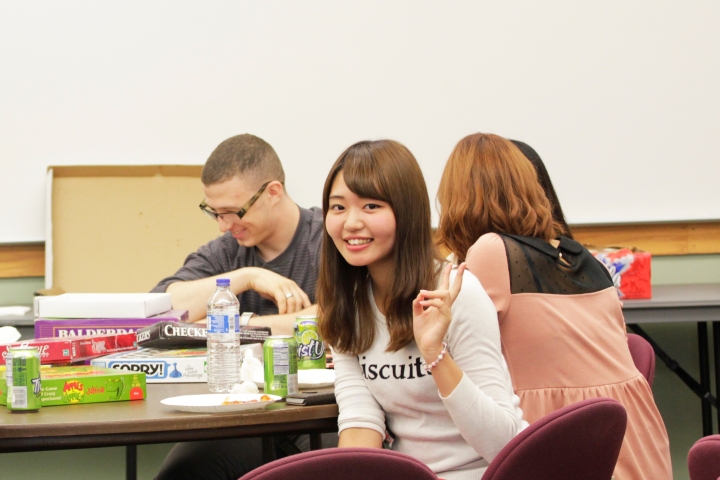 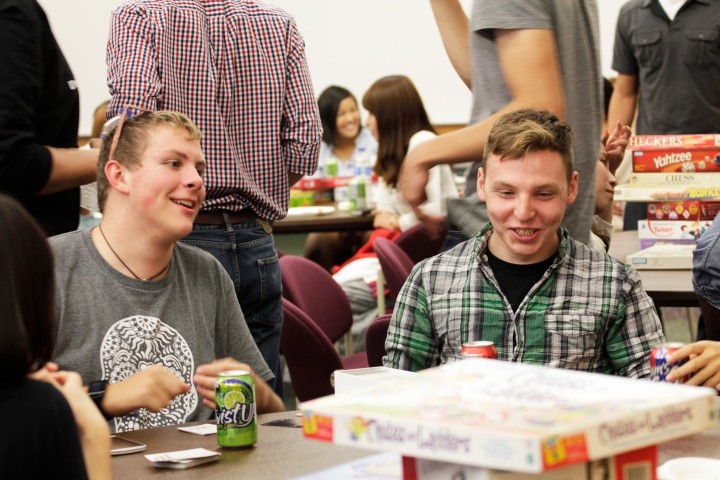 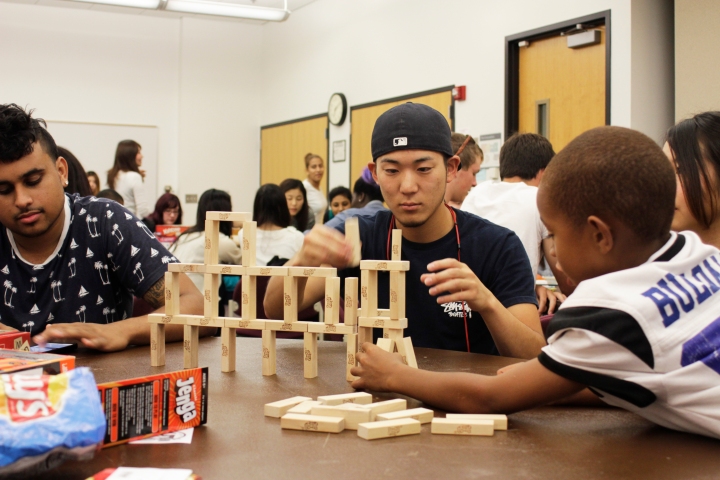 After the program, I managed to speak with Mrs. Klaiber, known by the students as Mrs. K. According to her, the purpose of the International Student Organization is to help new international students assimilate into American culture. The club provides opportunities for them to get off campus and see American landmarks local to the Upstate New York region. They meet and relate with other international students and they make American friends as well.
The club has been around for over 5 years, and it’s members represent all of the worlds continents save Australia and Antarctica. Mrs. K says that she loves helping students from different places get together and discover how similar they are.

She has studied abroad during her college career and has spent over 7 years in a another country. She can also speak many different languages.

Why does Mrs. K help international students? “Whenever I went to a new place, there was always someone who took care of me and showed me around. I just want to do the same thing for these guys because it was done for me, and it helped me a lot.”

It was nice talking to you guys. Thanks for taking the time to read my blogs, and thank you to everyone who left an encouraging comment. Come back in a few days to see what else I did over the weekend! ~_^

2 thoughts on “Students from Around the Globe”