Last week I went to a church service that celebrated some boys and girls who made the choice to be abstinent. They were presented with rings and stood upfront with their families as the pastor prayed over them; the audience was filled with smiles and  the sound of clicking cameras. As I stood there watching, I felt two things. I was proud of them for making the harder choice. It’s not easy to be an abstinent young adult, especially not in 2015. Sexually inciting ads, and images are everywhere; YouTube, the radio, television,etc… Peer pressure also contributes to the struggles of  abstinence. It’s not uncommon for a young person to be criticized by their peers because they are making an unpopular choice. So I respect them for their decision.

As I saw father’s standing there with their daughters, I wished that my dad had stood upfront in a church with me. But envy and regret were not ingredients in this gumbo of emotion, just thoughtful wondering of the possible outcomes my life could have altered into. I know that our experiences make us who we are, and I’m glad to be the person I am today.

It’s ironic! The topic of my HIS-105-02 class earlier that very day was chastity. The teacher showed us an old artifact that no one in the class knew the function of. He encouraged us to make guesses about what it was, what it was made of, and what we could discern from the shape of the thing. To me, it looked like an ancient piece of groin armor. I was a little embarrassed at my guess but when he asked us to call out what we thought it could be, I did. A few people chuckled, but guess what it turned out to be. It was an old anti-masturbation and premarital sex inhibiting device.

It was developed shortly after machine manufacturing became possible in Europe, and it was primarily purchased by Christian parents who wanted to prevent their child from doing…stuff. Some had spikes…ouch, and there were female versions too…oh ouch.

My teacher went on about how ludicrous this device was, and I agreed. He said that the lack of trust parents had in their children was reveled when they made them wear a device that physically blocked off their genitalia.

I like that parents encouraged their children to wait until marriage for sex, but don’t think that exposing them to a painful device that forced them into it was effective. It was probably emotionally and physically scarring. People should have a choice. Choosing to make a commitment is always more effective than being forced to commit.

The men, women, boys and girls, who choose to abstain today, because they’ve considered the matter in their heart, are more apt to complete the task than people who do it out of fear or people who feel like they have no choice. 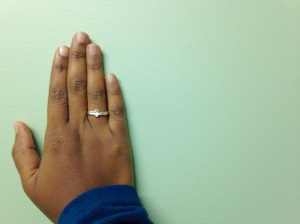 What we decide to do with our bodies is something that students here think about. This is my perspective. May you share it. Until next blog!