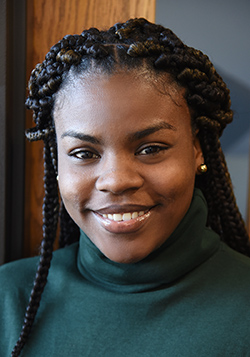 “Festival di Tumba” (pronounced Toom-ba)  is one of the most memorable parts of Curaçao’s Carnival. It is one of the biggest musical festivals in the Caribbean and has been going on for 49 years. Musicians compete to become “Rei/Reina di Tumba,” King or Queen of Tumba making their Tumba the anthem for this year’s carnival.

There are two competitions one for children and one for adults. Tumba festival for adults is a weeklong event; contestants participate from Monday to Wednesday and on Friday the 30 finalists are chosen and then the winner.

If you are not at the Festival center where Tumba is held in Curaçao, you are most likely home with your family gathered around the television. Tumba has many traditions, and most families come together and either bring a lot of snacks or BBQ. My first year at GCC we all gathered at College village, our dorm and enjoyed the festival in a small group. This year we came together at the Root with snacks and games to watch the festival. The festival started at 8 pm, but as per Curaçao time most of us showed up at 10 pm.

This year titles, such as “Bos di pueblo” (The people’s voice), “Pa kar’i mi mama” (By my mom’s face), “Artista, Pint’é” (artist paint it), “Kòrsou ta den su Gloria”(Curaçao in its glory) and “Bai piki”(pick it up)  kept us warm in the chilly WNY winter weather making us feel like we were not missing out. Watching the snow fall outside while listing to Tumba is quite different.  While we enjoyed the music, we also played Twister, Four in a Row and “Mens erger je niet,”a German board game that we play a lot in Curaçao. 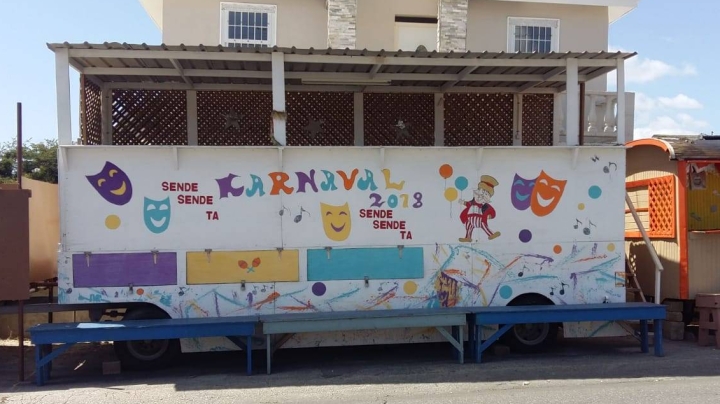 “Festival di Tumba” is only the beginning of the Carnival season in Curaçao. For the actual carnival there are a total of seven parades. To enjoy the parade, families make shelters along the parade route where they can hide from the hot sun and enjoy the parade in the shade. They decorate the stands with their imagination that is out of this world, and it helps creating the amazing atmosphere.

The route for the parades is approximately 6 km (3.7 miles). The parades jump-starts on Sunday, February 17 with a parade exclusively for horses, riders get dressed up in costumes decorate their horses. The following Sunday February 24   is the first children’s parade, and then Friday, March 1 is the teen’s parade. The next day March 2, is the carnival of “Banda-abou” (takes place on the west side of the island), and on Sunday March 3 will be the grand parade. On Monday, March 4 there is the farewell parade for the children and at the end a fire breather sets  a massive scarecrow in a colorful costume filled with fireworks on fire. Tuesday the 5th is the grand farewell parade which takes place at night. The different participating groups put the spotlight on their member so their beautiful glittery costumes can sparkle even adding LED lights to the costumes. The grand parade must be lit at 12:00 midnight because this is when lent starts.

If you ever decide to visit Curaçao to experience Carnival do not for get your earplugs because Tumba will be blasting!

To see a video of the Koronashon Rei  di Tumba 2019, click here:  https://youtu.be/lGlmSWrN1bw